“Many parents have thanked me for helping their child develop this attractive, legible handwriting.”

Natural to write, easy to teach, fun to learn — watch the 2 minute video. 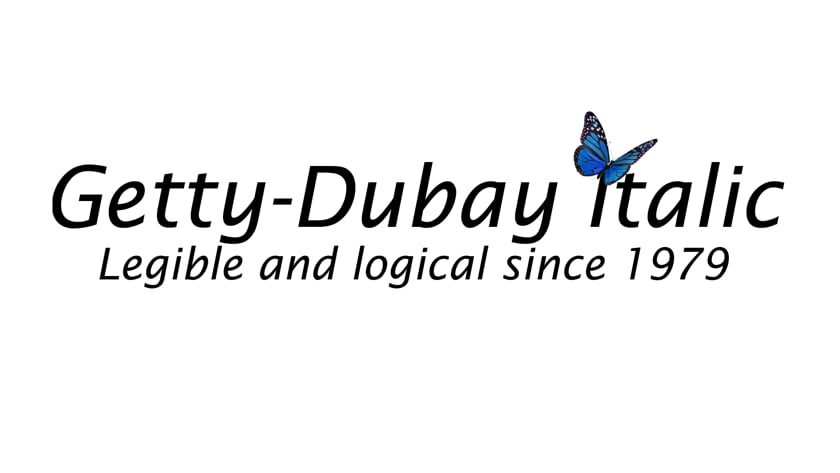 These days, we may think about “italic” as a way to make writing slanted on a word processor, for emphasis or a quotation.

But italic handwriting is a style of writing developed five centuries ago in the Italian Renaissance. The first instruction manual of the italic script was La Operina by Arrighi, printed in Rome in 1522. Getty-Dubay Italic is closely based on this historical style.

Most handwriting styles have a print and a cursive form — and so does italic.

Here are some examples of available handwriting methods.  You can see that, unlike with Getty-Dubay Italic, the other methods require that you change letterforms between print and cursive forms. Italic handwriting is:
Legible - it has an uncluttered flow, even when written rapidly
Logical - it has an easy transition from printing to cursive writing
Easy to write - its shapes and strokes are a natural fit for hand movements
Easy to learn - it is simple to get the basics across with a step-by-step approach

The following New York Times Op-Ed by authors Barbara Getty and Inga Dubay makes the case that all cursive styles are not equal.  We need a cursive style that meets the demands of modern life, allowing us to move easily from print to script. We need Getty-Dubay Italic cursive.

Why Cursive? | Why Calligraphy?